We’ve compiled a list of the top ten ugliest cars available for sale in America in 2018. Without further ado, let’s blitz through an itemized collection of the most revolting, homely or downright unattractive vehicles out there! You may want to avert your gaze lest these eyesores make you dry-heave. 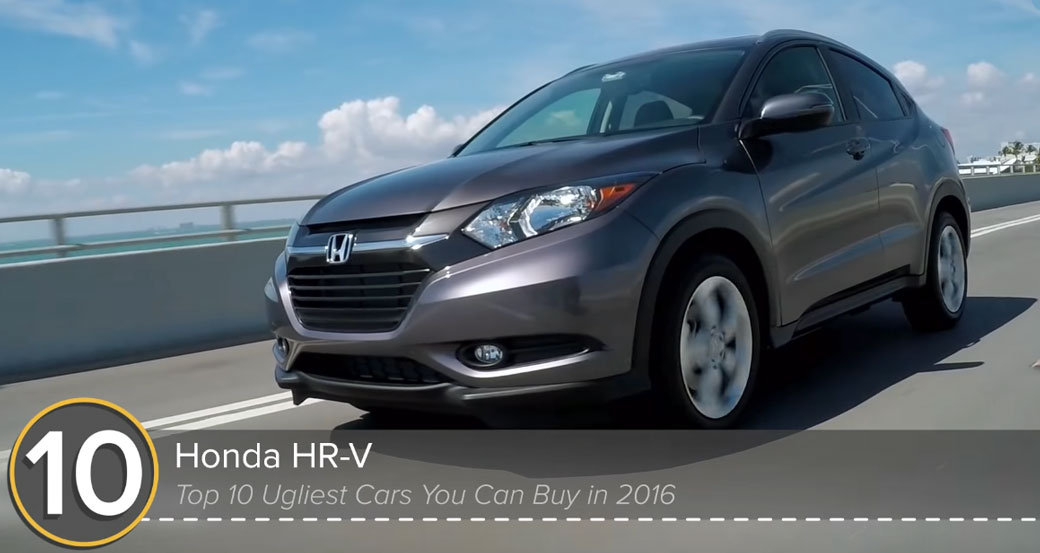 The Honda HR-V may be imminently efficient and perfectly practical but this subcompact crossover is oddly proportioned and has a bizarre front end. To be certain, it’s not one of Honda’s proudest styling efforts. But the HRV’s ghastly prow pales in comparison to what Toyota plastered on its… 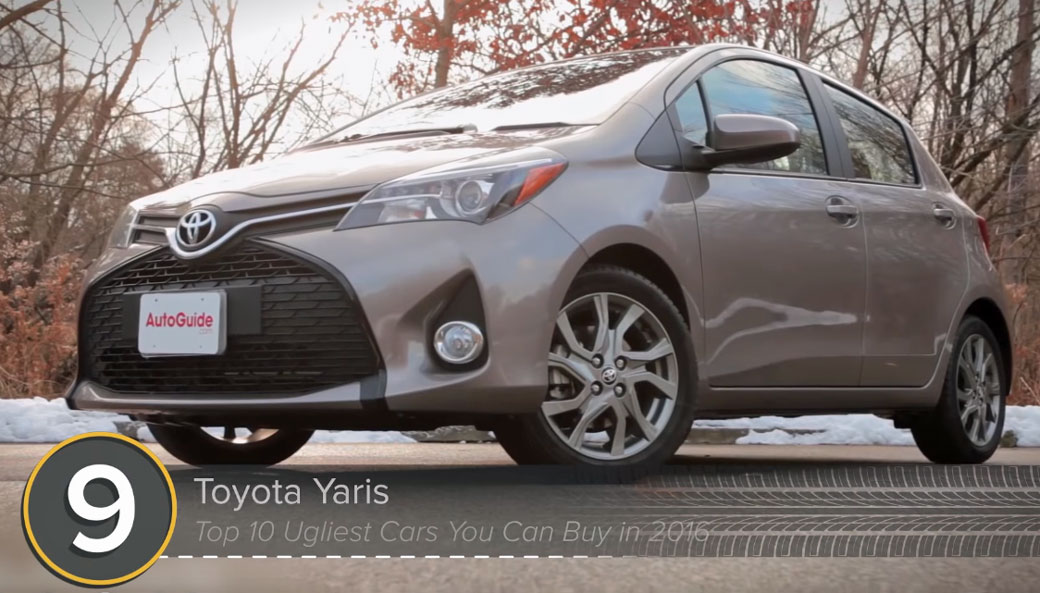 Toyota Yaris subcompact hatchback. This fuel-sipper’s face brings to mind a half-witted mouth-breather with its floppy jaw dangling wide-open in the true spirit of Napoleon Dynamite.

Unlike the first two models on this list, the next car is neither small nor affordable. 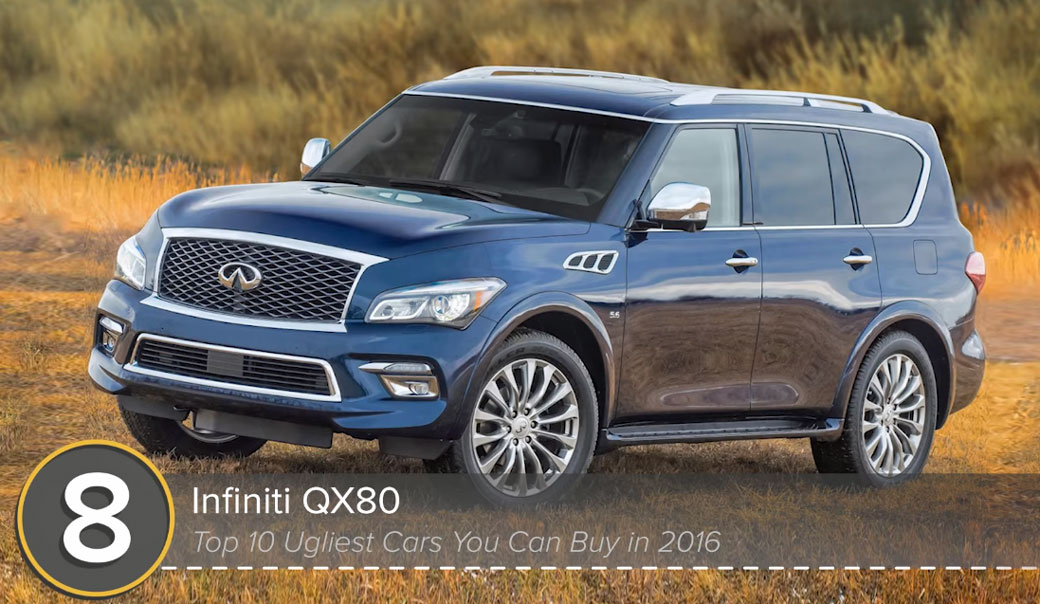 Coming in at number eight is the Infiniti QX80. This beast of an SUV is simply too ungainly for its own good and is lathered in more chrome than a 1959 Cadillac and you can’t help but be blinded by its tastelessness. Toss in tacky fender vents that look like they were pulled off a Pep Boys clearance rack and you have all the key ingredients for a stylist disaster. That said, we love Infiniti design; just not this particular vehicle.

Moving on, what has squinty headlights and a jumbled-up front end? 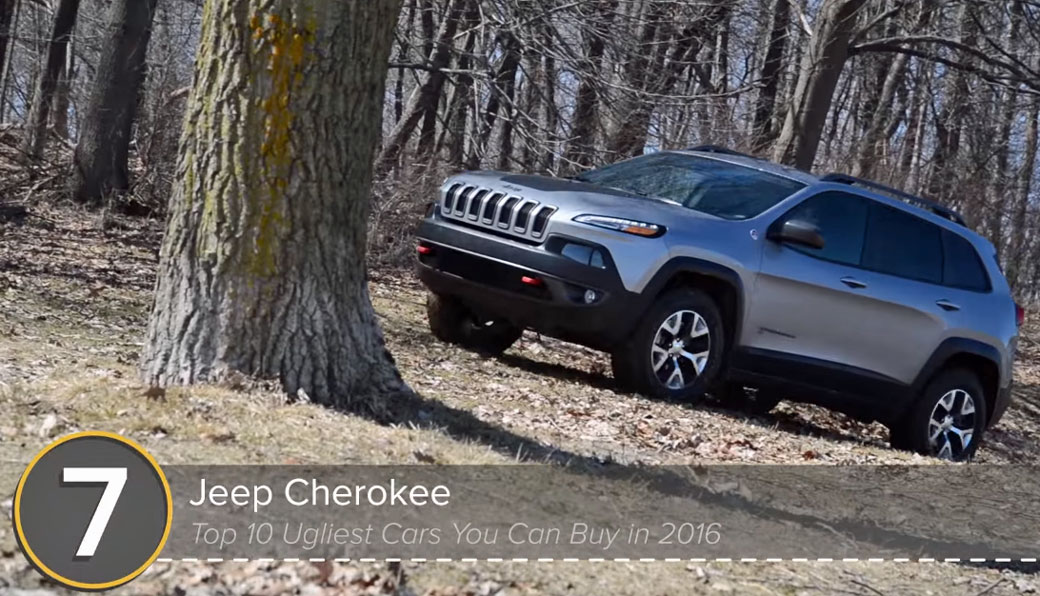 The stomach-turning 2017 Jeep Cherokee off-roader, of course! How can you not think this vehicle is all kinds of unattractive?

At number six is the tripe-diamond brand’s rudimentary subcompact offering spruced-up for the new 2018 model year. This bottom-feeder looks every bit as chintzy as it feels, which is a remarkable accomplishment. 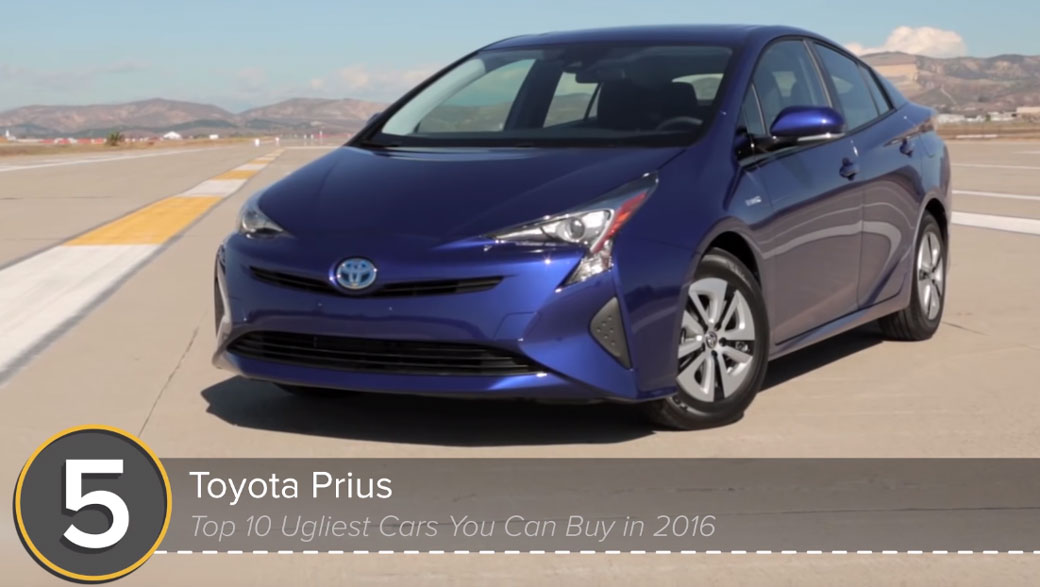 Speaking of redesigns, Toyota’s seminal fuel-sipper the Prius was recently overhauled; gaining new features and even more efficiency but evidently these improvements came at the expense of design because it’s more horrid than ever with lines and shapes that make you astonish the sense. Take a gander at that back end; it’s vile. 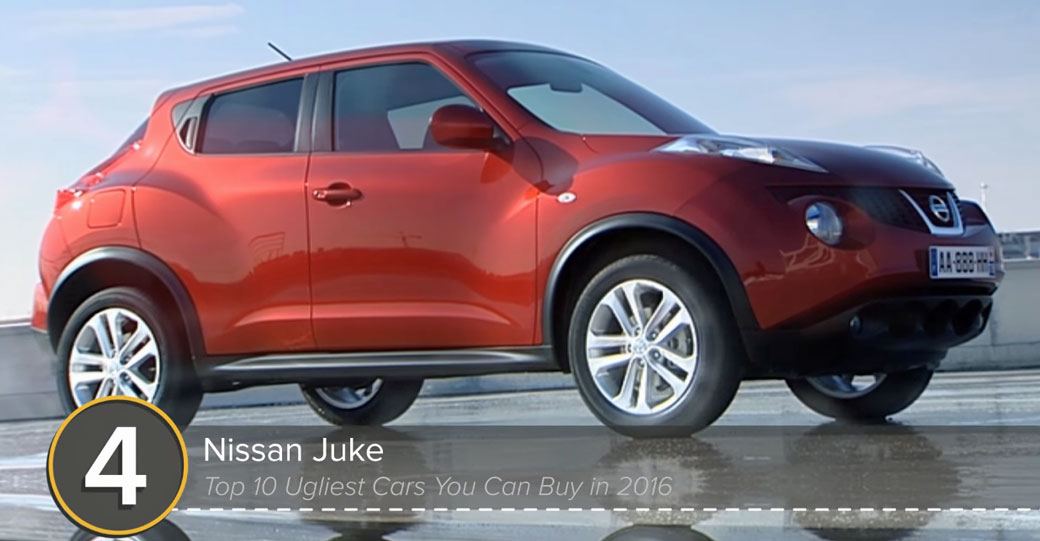 Next we have an automotive oddball that’s been the butt of jokes since its introduction. We’re talking about the Nissan Juke which can best be described as a baffling cross between an alligator and a gourd. This subcompact crossover is homely six ways to Sunday!

What if washing machines had four wheels and were made of carbon fiber? Well, then they’d be exactly like the BMW i3 (that we recently spent time with and reviewed!).

This frumpy fuel-saver is an incongruous mix of odd shapes and lines. Why, oh why does the automotive future have to look so weird?

What pops into your mind on first sight? Admit it, a Victorian-era funeral carriage. The Lincoln MKT is probably the most Hearse-like vehicle on the market today (short of an actual, well, Hearse, of course). You have to give Lincoln credit for actually trying something different with this model (just not enough to actually be measurable). I’m sure you’ll agree that it’s hideous from every angle.

With that, there’s just one car left on our top ten list of ugliest cars in America for 2018 and I assure you it’s an ocular assault that few can gave upon without losing consciousness. Viewer discretion is advised!

But before we reveal the “winner” here are a few dishonorable mentions:

BMW X6: It’s more expensive, less practical and homelier than the X5 on which it’s based, so why does it even exist? 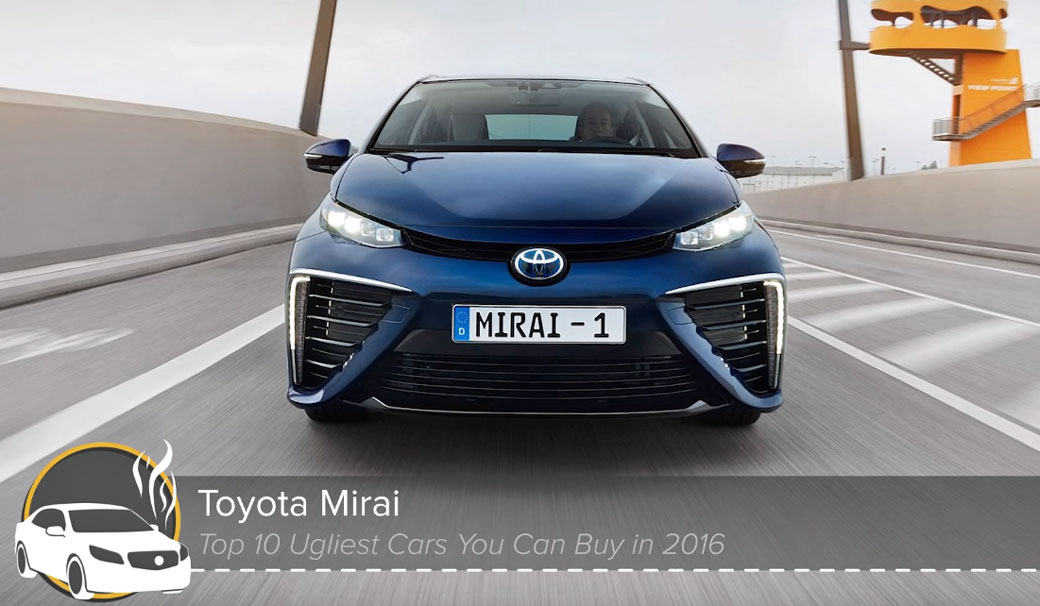 Toyota Mirai: This Toyota moonshot is hydrogen-powered and promised true emissions-free motoring but unfortunately this alien craft looks like what crash-landed in Roswell.

Subaru Impreza: This car essentially has no design whatsoever; it’s just shaped like it is and really that’s all there is to say.

But now for the ugliest car in America in 2018 available today, it’s the… 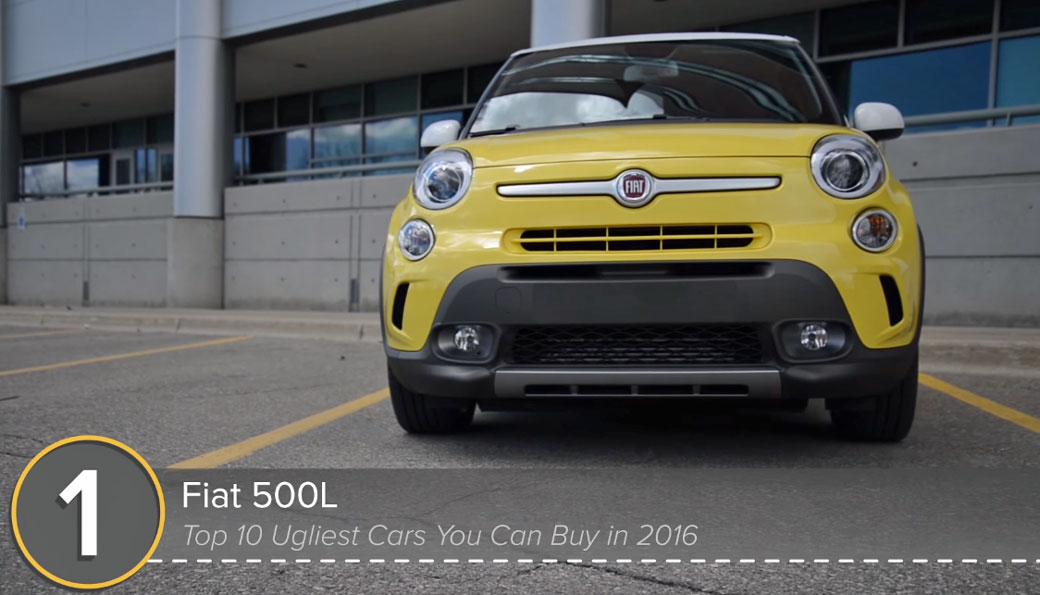 This unsightly people-hauler is like an Italian version of a GM dustbuster van from the 1980’s. Wonky lines, ovoid lamps and a top-heavy silhouette make it very difficult to look at. Cementing this choice at “the top” the Fiat 500 L is (astonishingly) even worse to drive than it is to gaze upon. Yes, Fiat’s engineering department actually managed to outdo it’s design studio. How? I have absolutely no idea!

And that’s it for this shortlist. What did you think of our vehicular choices? Did we miss anything particularly horrible? If so, make sure to leave a comment down below and tell us what you think is America’s ugliest car or SUV of 2018.

Oh, and if you disagree with my unimpeachable opinions, never may your restaurant recommendations, investment advice or suggestions for making important life decisions be trusted again!