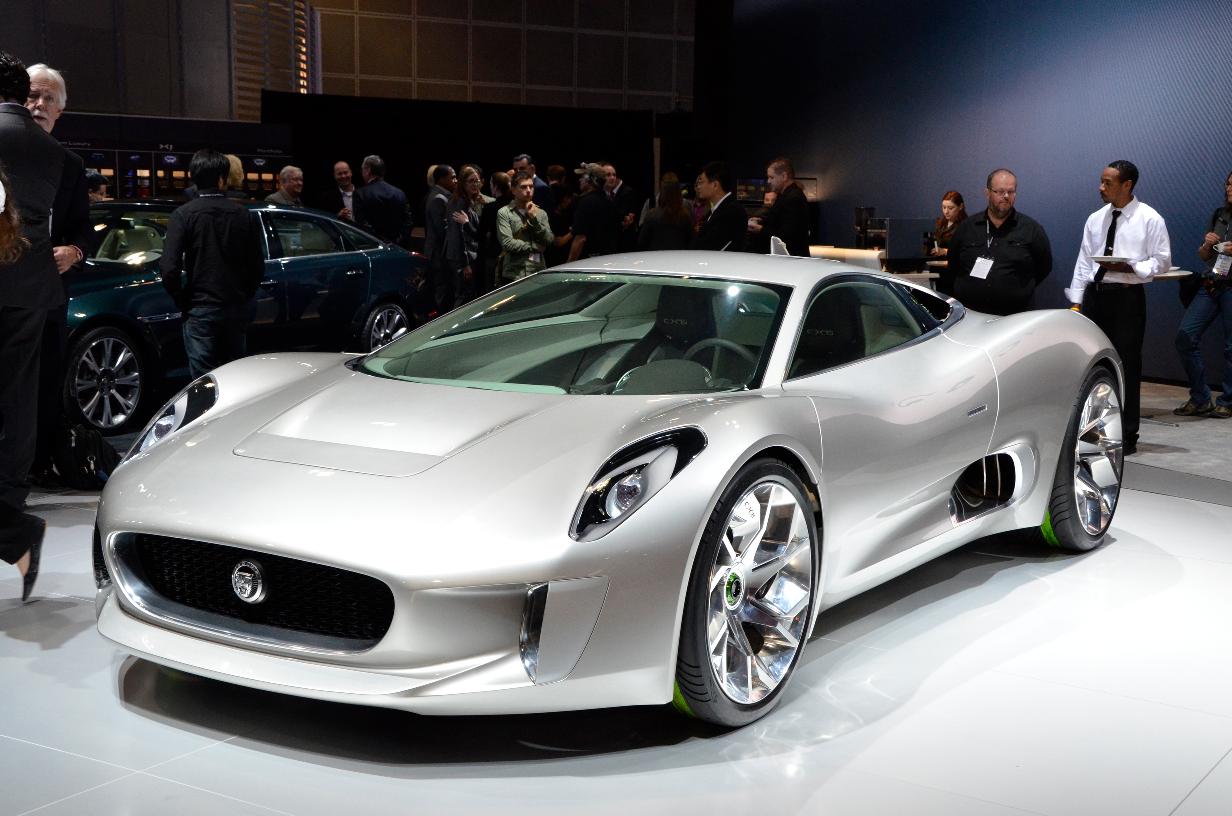 In Jaguar’s 75 year history, they’ve had some quite amazing achievements. Le Mans, Formula 1, The British Touring Car Championship. They’ve made some amazing cars too: the D-Type, E-Type, MKII, XKR to name just a few. Perhaps even greater than the cars they did make though, are some of the ones they didn’t. 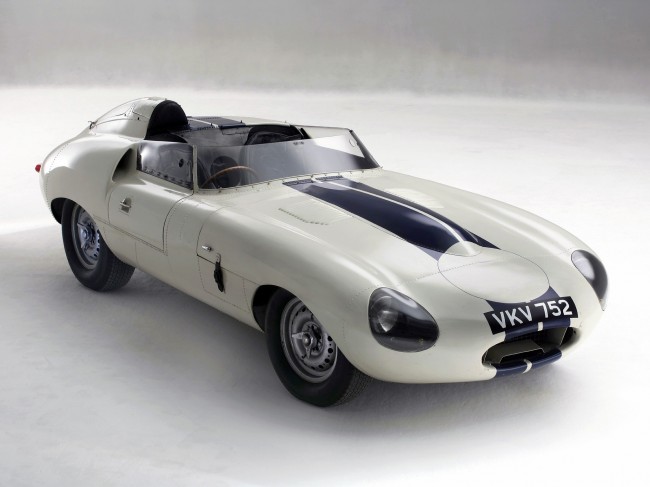 Before the E-Type found its way onto the road and onto the cover of every book about classic cars, Jaguar made the E2A prototype. Easily recognisable as an E-Type relative, but with styling cues from the Le Mans winning D Type, such as the large rear fin. It was a technical exercise for Jaguar as much as anything else, it was in this car they developed much of the technology that would make the E-Type a revolutionary sports car. While this isn’t unusual practice for a car company, entering the prototype in the 1960 Le Mans 24 hours with Dan Gurney and Walt Hangsen driving, is. 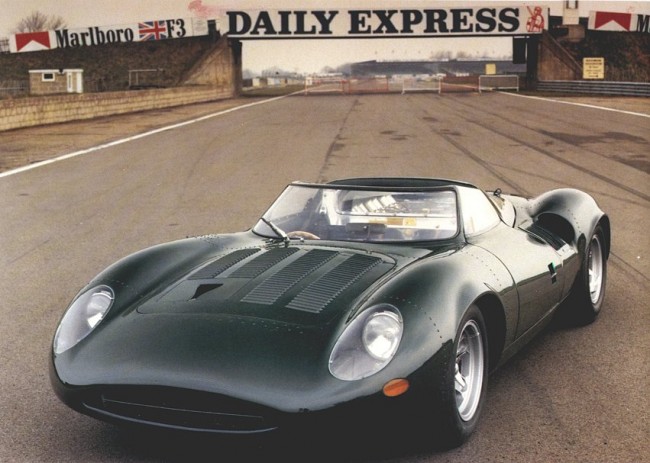 Undeterred by the E2A’s lacklustre performance at Le Mans, in 1966 Jaguar set out to build another Le Mans winner, the one of a kind XJ13. Borrowing some of the technology that made the E-Type great, but with a new V12 that would provide the base of Jaguar V12s well into the 90s. Technical details aside, the XJ13 is an unmistakably beautiful car, the likes of which would never be seen again.  Sadly, by the time the car was built, its 5 litre V12 paled by comparison to the 7 litre V8 Ford had produced for the GT40, so it never made its Le Mans debut. The XJ13 was totalled in 1971 while filming a promotional video for the then new V12 Series 3 E-Type, but has since been restored to its former glory.

The XJS was somewhat of a disappointment from Jaguar. It wasn’t very pretty, especially after the E-Type and they rarely worked. Originally they wanted to make it mid-engined, but then must have decided that would be thoroughly too exciting, so they didn’t do that. Then, they recognised that the XJS wasn’t very attractive or interesting so in 1978 they revealed the Pininfarina designed XJSpider. The Spider looks a bit like a cross between a Mazda MX5 (Miata) and a Maserti Ghibli. The overall response was very positive to the XJSpider, so Jaguar decided not to build that either. Looking at the clean lines of the car and the sophistication of some of the detail, the biggest achievement of the car is just how ahead of its time it looks, it could have just as easily have been made 10 years ago. 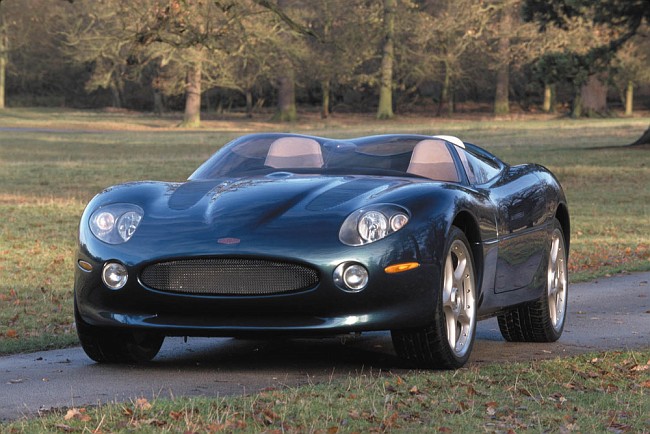 It was 1998 before Jaguar’s next attempt at a truly ridiculous concept. Initially known as the XK180, then in 2000 updated as the F-Type, it was another very well received concept. Jaguar were very close to making it too, but ran out of cash and in the end decided to spend their remaining money developing diesel engines. At the time this was a quite unpopular, but in the long run it has probably done the company more good than harm, as Jaguar’s diesel engines have proven time and again that a diesel doesn’t have to drive like a sound like a tractor and drive like a goat. Jaguar had also planned an XKR-R: a more powerful and technological advanced version of the XKR. Allegedly the reason for it remaining a concept was because Jaguar’s then sister company, Aston Martin had just brought out the DB7 GT and it was thought the XKR-R would beat the DB7 hands down in sales. A few working concepts still exist however. 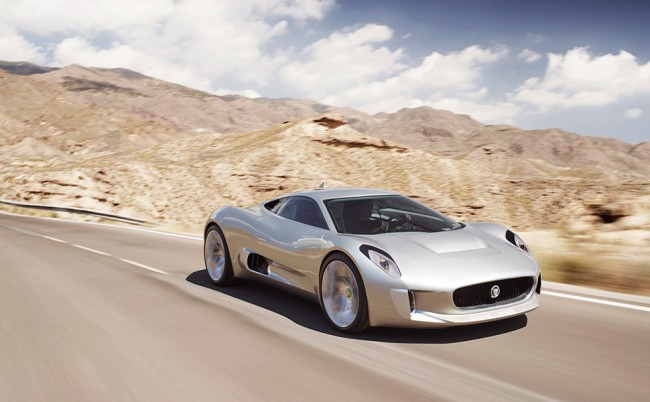 Then, finally is the most extreme, ridiculous and arguably best looking concept for a long time. The C-X75 is a jet powered hybrid, designed by Ian Callum, the man responsible for the Aston Martin DB7 and Vanquish, Jaguar XK and current XJ. With styling cues that pay homage to Jags of years gone by to celebrate the company’s 75th birthday. The XJ13, D-Type, bits of XJ are all in there. It’s a celebration of everything that Jaguar is and ever was. And it’s not going into production.  It’s slightly disappointing that at the end of 75 years Jaguar have made some brilliant cars but also not produced some truly epic cars. One thing can be said for Jaguar though- even with the cars they don’t make, they use the technology for something else. With every concept they’ve taken a new engine, a new design or goal from it. If the C-X75 is anything to go by, they’ve got some seriously good tricks up their sleeve and they’ll continue to make (and not make) some truly special cars.