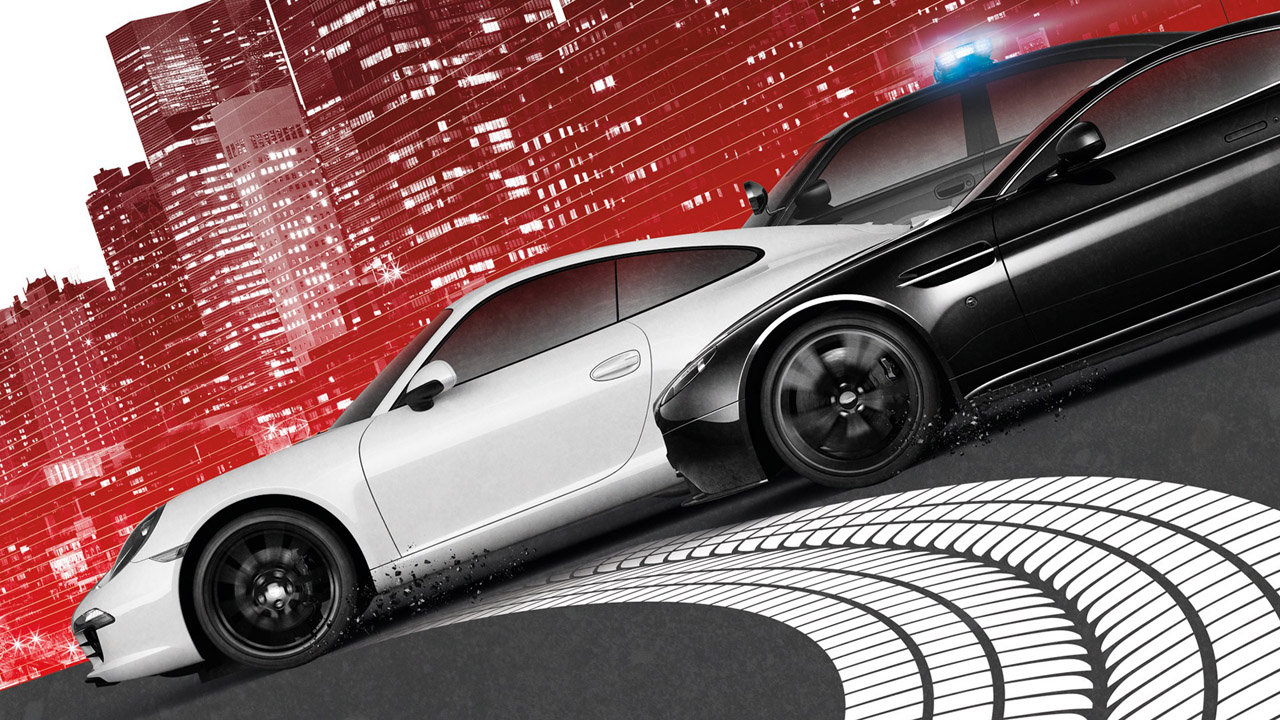 Need For Speed: Most Wanted Review

Need For Speed: Most Wanted is this year’s instalment in the NFS series and the most recent game from British video game developer Criterion Games. It combines elements from Criterion’s previous two big games: Burnout: Paradise and Need For Speed: Hot Pursuit in a rich, open world environment where exotic and exciting cars rule the streets and the Police are always out to get you. 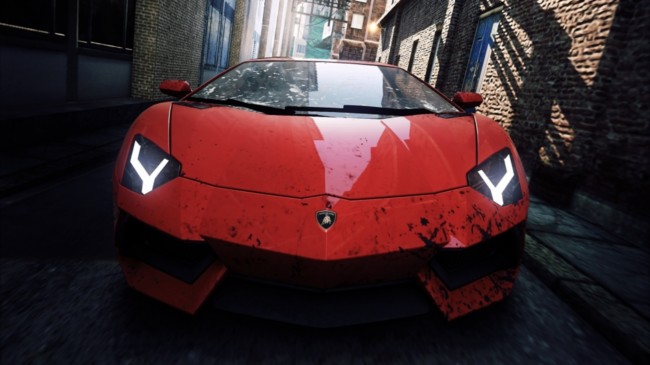 First impressions of the game are very good, it’s visually stunning with a distinctive art style that occasionally boarders on surreal, most evident when introducing each of the ‘most wanted’ cars which really adds to the ‘legendary’ reputation that the game purveys; it’s hard not to be a little in awe of the Mercedes SL65 AMG Black after you’ve seen it carved from carbon.

The Most Wanted cars serve the function of a boss fight, where once you’ve gained enough experience points, either through winning races, jumping through sign posts or generally driving like a lunatic. By entering races against the Most Wanted cars and then ramming their cars off the road, you can win their car to do with as you please. This is the only time you’ll really have any sense of having to unlock anything in the game, as all the races and cars are open to you from the start of the game, provided you can find the cars. Each car has five races it can enter; with each win gaining new parts and modifications to improve the performance of your car.

The experience points system is an old as dirt way of trying to add continuous playability to a game with and unsurprisingly it offers very little here as well, when all it offers is the ability to go against/ win more cars, but it’s hardly an incentive when you’re coming across Lamborghinis, Ariel Atom V8s and Porsches just lying around waiting to be found. The ‘finding cars randomly by the side of the road’ method of getting more cars has been criticised in a number of reviews for not really adding any incentive to the game. While true, there is a benefit to having this sporadic method: with most racing games you start off with smaller, less powerful cars and work your way up to the faster stuff, with the game progressively gaining momentum as it goes on. With this system you can go from a Corvette ZR1, complete all the races for that car and then move onto a Ford Focus RS simply because you want to try it out. It means that no car gets left behind and that each car is equally important to complete the game. 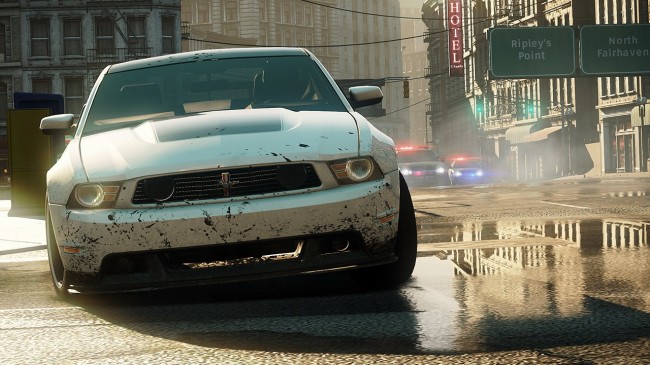 That’s pretty much it in terms of what you have to do in the game. Find cars, win their races and take down the Most Wanted cars. At a push you could argue that the underlying plot to the game is that the player is some kind of motivational car guru who helps cars achieve their full potential; when you first find the cars their performance pales by comparison to their real life counterparts. At one point I was flooring a Ford GT and it initially topped out at 140mph. Only after winning races in the GT and gaining gear modifications, aerodynamic upgrades and so on did the Ford start performing the way you’d expect from a Ford GT.

In a way this adds a layer of realism to the game, it’s easier to think that you are driving a Ford GT or a Corvette ZR1 or even a Lancia Delta Integrale when at its peak it’s only as fast as the actual car, rather than a 250mph rocket powered go-cart with flames shooting out of the back which is a Porsche 911 only in appearance. Make no mistake however that this isn’t a realistic game, it’s purely a product of fiction but with (very nicely done) elements of realism added into the mix. NFS Most Wanted is undoubtedly and unashamedly and arcade game, not a driving simulator. That’s why you won’t find options like the ability to change gears manually or even a ‘driver’s view’ camera from the inside of the car. What it does offer however is a deluge of painstakingly well modelled cars, some very well thought out and weighty car physics and perhaps most importantly some great sounding cars. It’s all too common in racing games that the cars make subtly different yet generic engine noises. NFS:MW however takes pride in it’s audio and from low revs to thrashing through a tunnel it never gets dull thanks to soundtracks provided by the Aston Martin V12 Vantage and Lamborghini Countach just to name a couple.

The controls are intuitive and they’d have to be, because you get no real tutorial about how to drive. You’re thrown right into the game being told to drive to a Porsche 911. At no point to they bother to show you how to accelerate, brake or even steer (though I can let that one slide unless you’re very new to console games). The whole game is left open for you to do as you wish with very little information given about what it is your doing. I can only assume the overall goal of the game is to unlock all of the Most Wanted cars and that I haven’t missed an important bit of information telling me that the racing game is just a mini-game and the whole point of the game is in fact a first person shooter where the player has to hunt down the ten most wanted war criminals in the world. 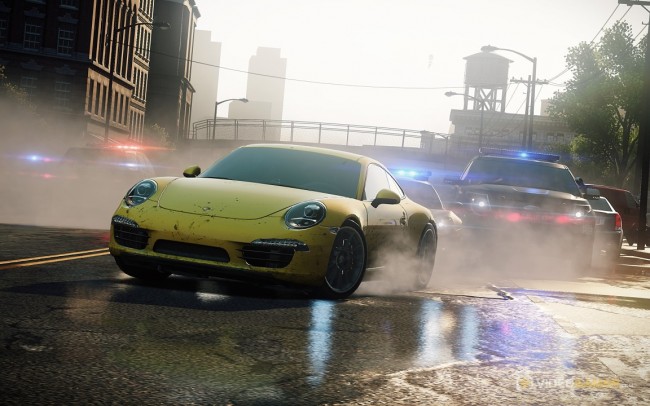 The Police make a nice addition to the game, as an added wild card to some of the races, they’re hard to shake too so if you don’t have a fast car, or at least one that hasn’t realised it’s full potential you might be in for a long chase. This can be a bit of a pain in the arse if you accidentally tag one while speeding to the next race, because you can’t start an event while the Police are after you. With some of these chases taking the best part of ten minutes, this can be a bit of pain in the arse, least of all because by the time you see a cop on the radar it’s too late to slow down. At one point I saw one and slowed down before realising I have no idea what the speed limit is in Fairhaven City.

The ‘enemy’ AI is for the most part excellent, with drivers acting defensively and the Cops doing their job (stopping you at any cost) pretty well. If anything I’d say that the Ai is borderline mean; I wasn’t expecting the rival drivers to start running me off the road just because I’m running alongside them. During one race I got sandwiched between two Porsche Panameras so determined to run me off the road I was pretty close to driving my car into the closest Porsche dealership to see how they like it. You’ll occasionally have moments of difficulty like that but they’re rarely frustrating, they just add to the intensity of the races. Tough though NFS can be in places, you’ll never find yourself wanting to snap your controller in half and the overall difficulty is very well judged. Some races are a challenge but never a chore.